Share a memory
Obituary & Services
Tribute Wall
Donations
Read more about the life story of Scotty and share your memory.

Scotty Windham passed away on Christmas Eve morning at the age of 86, after his last few years battling debilitating dementia. He passed while in the comfort of his loving wife Sue and daughter Beth. He had a long life and impactful career devoted to leading and influencing young people. Throughout his life he wore many hats proudly and with much energy: husband, father, grandfather, brother, teacher, coach, friend, advisor, and mentor to name a few.

Scotty was born in Abilene, Texas, in 1936, and raised in Tuscola, Texas, where he attended South Taylor High School before heading to Tarleton State College and then Texas Tech University to pursue his interest and later passion for teaching and mentoring young men and women. Sue recalls meeting Scotty when she was in the 6th grade where she claims to have fallen in love at first sight. Even after Scotty graduated high school and went off to college he and Sue continued to court until they were married in Tuscola on June 14, 1958.

In 1980 Scotty and his family moved to Abernathy, Texas, where Scotty became ingrained in the community working with kids teaching hard work and enriching teamwork to youth primarily through the FFA Association. Scotty served as Area I Coordinator and as Vocational Agriculture Teachers Association President.

He had a long career that involved leading and influencing young people, many in ag classes, some in livestock show circles, some in student teaching and others simply in community and everyday life. He was always ready to go the extra mile with an engaged student or colleague who was willing to put forth an effort into their interest or project. Scotty always loved an underdog or person in need who was willing to work to make a difference. At home, Scotty shared his and his family's multitude of interests and projects. There were 4-H and then FFA projects, and there were plenty of sports and family trips. Scotty actively encouraged trying lots of different things and was always ready to go on an adventure at the drop of a hat.

After he and Sue retired in 2001 they moved to Gravois Mills, Missouri, near his eldest son Mike and had the opportunity to develop long and lasting relationships with his and Sue's first two grandchildren Evan and Claire. He and Sue would later move to Weimar, outside of Houston where once again they had the opportunity to form life-long bonds with his next two grandchildren August and Isabel. Later while still in Weimar, they once again had the great fortune to enjoy Beth and Sam's daughters Kylie and Jamie until Scotty's passing.

Scotty was the same person to all kids, his students, his own children, and his grandchildren, he provided opportunities for life experiences and had a good time doing so. And with every life lesson and experience, Scotty had another great story to tell and he had quite the repertoire.

Scotty was predeceased by his father, Ralph Windham, and mother, Marie (Scott) Windham, and is survived by his loving wife of 64 years Minnie Sue (McFerrin) Windham. He is also survived by son Mike and his wife Karen of Edgerton, WI, and their two daughters Evan and Claire and her husband, Yannick; son, Russell and his wife Vallette of Houston, TX, and their two children August and Isabel; and daughter, Beth Hunt and husband Sam of Magnolia, TX, and their daughters Kylie and Jamie. He is also survived by his brother Kenneth and his wife, GeorgeAnne of Christoval, TX.

Sue and the family want to thank the team at Memory Lane in Magnolia for the loving care they provided Scotty over the past 5 years as well as the caring people at Oasis Hospice.

A Celebration of Life service will be held at Fry-Smith Funeral Home in Tuscola Texas, on Saturday, January 21, 2023, at 1:30 pm. Visitation immediately following.

In lieu of flowers, the family suggests memorials in Scotty's name to Texas FFA Foundation, Austin, Texas, (at http://weblink.donorperfect.com/ScottyWindhamMemorial) or the Alzheimer's Association.

To send flowers to the family or plant a tree in memory of Scotty Eugene Windham, please visit our floral store. 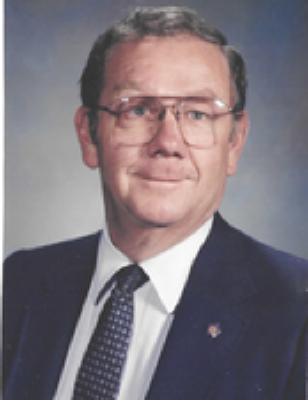 Look inside to read what others
have shared
Family and friends are coming together online to create a special keepsake. Every memory left on the online obituary will be automatically included in the book.

You can still show your support by sending flowers directly to the family, or by planting a memorial tree in the memory of Scotty Eugene Windham
SHARE OBITUARY
© 2023 Fry-Smith Funeral Home. All Rights Reserved. Funeral Home website by CFS & TA | Terms of Use | Privacy Policy | Accessibility